What Is Prurigo Nodularis – Symptoms, Causes And Treatment 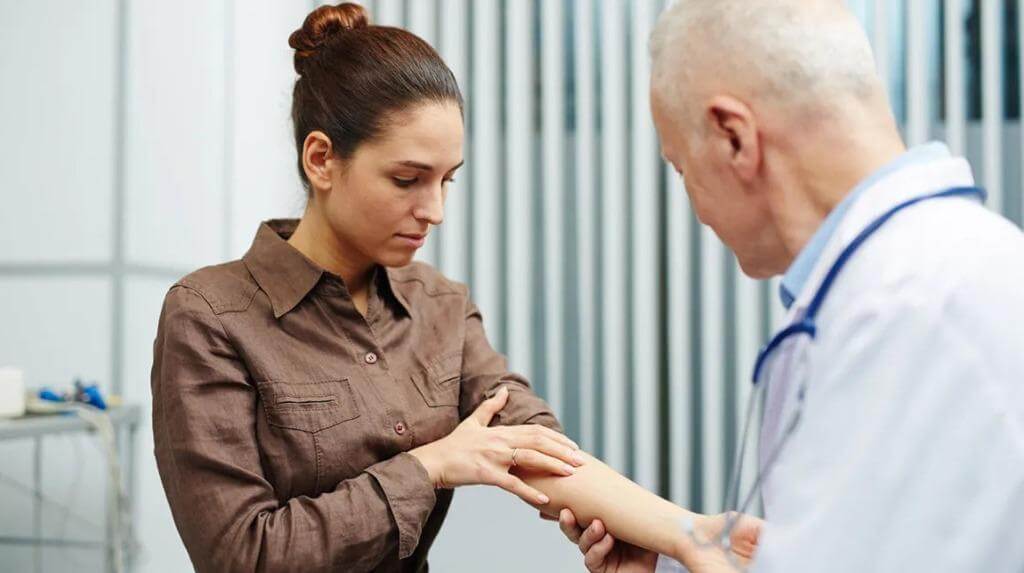 It is widely believed that this occurs as a result of scratching the skin. Itchy skin can be caused by a number of reasons, such as:

Moreover, Itching PN can ease its severity. It is believed to have the highest itching intensity of all itchy skin conditions.

Because scratching conditions may increases the itching and can lead to new bumps and worsening of the existing bumps.

PN is difficult to treat. Let’s look at the symptoms and how to manage Prurigo Nodularis.

View More: How To Sleep Better At Night – 17 Best And Useful Tips To Sleep Fast

Prurigo Nodularis may start as small itchy red bumps. Occurs as a result of scratching the skin. The bumps usually start on the arms or legs, but they can also appear all over the body, wherever it has been scratched.

The nodules can itch a lot. These bumps can be:

The skin between the bumps may be dry. According to a 2019 review, some people with PN also experience variations in burning, stinging, and temperature in the lump.

The bumps can cause a secondary infection due to frequent scratching.

Furthermore, Severe itching can be debilitating, interfere with good sleep, and disrupt your daily routine. This, in turn, can cause anxiety and depression in a person with PN.

The swelling may disappear if the person stops itching. Also in some cases, it has been seen that they can leave scars.

The goal of treatment for Prurigo Nodularis is to break the itch cycle by relieving itching. Your doctor will need to treat any underlying conditions that cause itching and scratching.

Because itching is so intense and each case is different, you may need to try several different treatments to find the one that works best for you.

PN is a poorly understood disease. In some people, the cause of itching is unknown. For these people, no treatment works.

At present, the US Food and Drug Administration (FDA) has not approved any therapy for the treatment of PN. However, there are many investigational drugs that can be used off-label to treat this condition.

Your doctor may recommend some prescription or over-the-counter topical medications to help relieve itching and cool your skin.

Your doctor may prescribe or recommend over-the-counter antihistamines to help you sleep at night.

They may also prescribe commonly used medications, such as antidepressants, to help you stop itching. Paroxetine and amitriptyline successfully improve PN nodules.

Therapies that can help relieve lumps and reduce itching include:

Your doctor may also suggest habit reversal therapy to help you stop itching.

More Ways For Managing Your PN

Everyone’s skin is different, and it may take some time to find a procedure that helps control itching.

A combination of funds can work well. It is important to try to break the cycle of itching to prevent new bumps from forming and allow the old ones to dissolve.

In addition to prescription drugs and over-the-counter creams:

The exact cause of Prurigo Nodularis is not fully understood, but the lesions are thought to be a direct result of itching, which can be caused by a variety of reasons.

PN has been linked to several conditions, including:

Prurigo Nodularis is thought to occur when other conditions cause persistent itching and scratching (the itch-scratch cycle), resulting in characteristic lesions. It is said that even when the soil condition is removed, the PN is sometimes preserved.

Additionally, a 2019 study indicated that approximately 13% of people with Prurigo Nodularis do not have a disease or predisposing factor.

Researchers are studying the underlying mechanisms involved in PN, including:

As the causes of PN become clearer, researchers hope that more effective treatments may become possible.

Until the exact causal mechanism of Prurigo Nodularis is known, it is difficult to prevent it. Not scratching your skin may be the only way.

If you’re prone to Prurigo Nodularis due to genetics or an underlying medical condition, pay attention to your skin. See your doctor for treatment of any persistent itching. Try to stop any cycle of itching before it starts.

Many medications can help reduce itching before it becomes uncontrollable.

Prurigo Nodularis is a skin condition that is very itchy and can be disfiguring. Its exact cause is not fully understood, but it is known to be associated with several other conditions.

Many treatments are possible, but it can take some time to successfully control PN. A combination of topical, medical, and other treatments may work for you.

The good news is that some new drugs and treatments are being developed and tested. As researchers learn more about the mechanisms of Prurigo Nodularis, more effective targeted treatments will be developed.