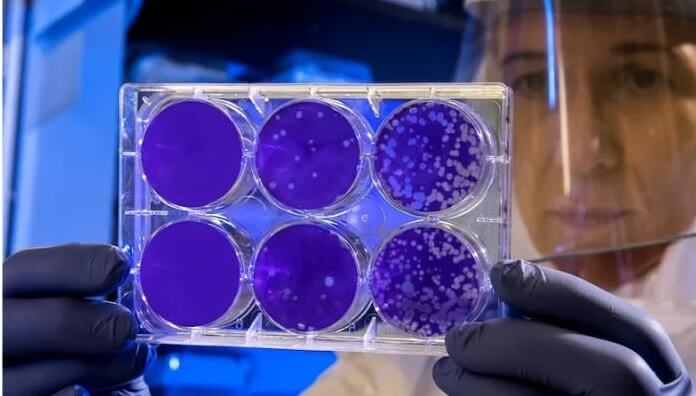 An experimental cancer vaccine proved extremely effective when tested on laboratory mice, according to a research team from the National Institutes of Health.

The new drug, developed by Dr. Robert Seder and colleagues at the NIAID Vaccine Research Center, successfully led to a dramatic regression of tumors in mice, raising hopes that experts may be closer to find an effective cancer treatment.

The vaccine, called SNAPvax, was tested by researchers at the National Institute of Allergy and Infectious Diseases (NIAID) in two different ways.

Cytotoxic T cells are responsible for attacking cancerous tumor cells and activating the body’s immune system by activating type I interferons, which are proteins released by cells in response to viruses.

The study authors say that the natural immune response, accompanied by the introduction of the vaccine, alters the “microenvironment” of the tumor, which weakens the cancer cells and prevents the suppression of T-cell action.

They also try to administer drugs by injecting them under the skin. The subcutaneous method did not give the same results, and the intravenous method was considered the most effective form of delivery.

The medical breakthrough, published in the journal Cell, has been dubbed the “innate of the vaccine,” and scientists believe it could be a milestone in immunotherapy and cancer vaccine research.

Vaccines can often make the immune system healthier by controlling tumor growth and increasing the production of T cells.