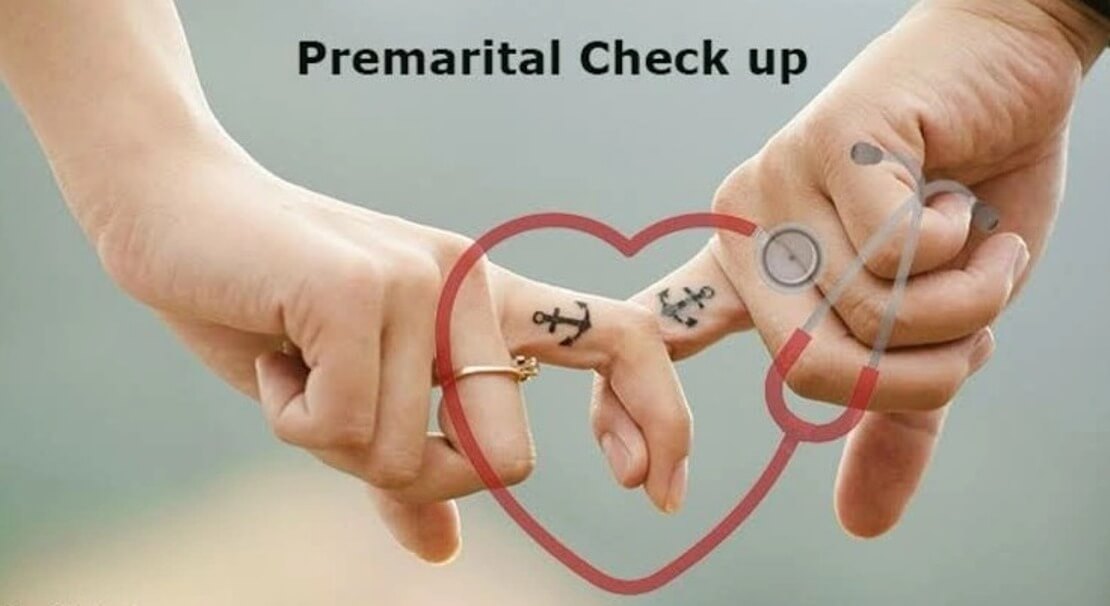 Medical Tests Before Marriage – Marriage means happiness. Everyone wishes that the couple starting their life as a result of marriage should live happily ever after.

Pakistan is one of the countries in the world where marrying within the family is considered a matter of pride. That is the reason why the proportion of congenital abnormalities among children in Pakistan is also very high.

To prevent this, experts now advise all people that where other arrangements are considered necessary for marriage preparations. These four basic tests of boys and girls must be done before fixing the marriage. That can save you from problems later.

Tests To Be Done Before Marriage

Meeting someone you want to spend the rest of your life with can be such a magical feeling. But before you commit to them, you want to make sure that nothing can ruin your relationship along the way.

So it is advisable to get some medical tests done before your wedding preparations. It is very important to know the medical condition of your partner before getting married to avoid any unpleasant moments.

Often times, your partner may not even be aware of certain things about them medically and this can cause problems in your marriage.

Therefore, it is very important to conduct some important medical tests before marriage.

While giving an interview to BBC Urdu, Gynecologist Dr. Humira Achakzai of Rehman Medical Complex said that now it is becoming necessary to get married couples tested for sexually transmitted infections.

HIV, hepatitis B and STDs are among the sexually transmitted diseases. They are not only transmitted from one person to another, but in case of miscarriage as a result of sexual intercourse, these diseases can also be transmitted to the unborn child.

This is the reason why screening for all these diseases is necessary. So that these diseases can be prevented from being transmitted from one person to another and to the next generation after marriage.

Thalassemia is an inherited disease that can be passed from parents to children. Anemia is the most important of its initial symptoms.

Regarding this disease, experts believe that if both mother and father have thalassemia minor, their marriage. As a result, the chances of having thalassemia major in the child are very high.

According to experts, if both parents are thalassemia minor, i.e. they have hereditary anemia, the child born out of their marriage has a 25% chance of having thalassemia major, which is a life-threatening disease.

This is the reason why doctors advise that it should be tested before marriage so that the problem can be solved before treatment.

Generally due to many family marriages the history of transmission of diseases from generation to generation is very old. In our country there are many families where diabetes, high blood pressure etc. are present in every member of the family and those who do not have it. The chances of them being affected by it are high.

For this reason, it is very important to get the medical history of the boy and girl checked by a specialist doctor before marriage.

According to the experts, it is also very important to get the blood group of the boy and girl tested before marriage. Because if the Rh factor of the blood group of both of them is the same. Then they will face a lot of complications in the future.

Because the blood group of both of them does not support each other. As a result the blood cells of their other baby start to destroy the mother’s blood cells. It results in the loss of the baby.

It is also important to test the egg cells of the ovary of the girl and the sperm of the boy before marriage because if there is any kind of defect or deficiency in them, it is treatable and it is beneficial to treat it before marriage. That any kind of confusion can be avoided after marriage.

Medical Tests Before Marriage – People who believe that all these pre-marriage tests are a waste of time and money. If they look around, they will see many couples who would have been cured if they had undergone pre-marriage medical tests. If they had, they would be enjoying a happy married life today.