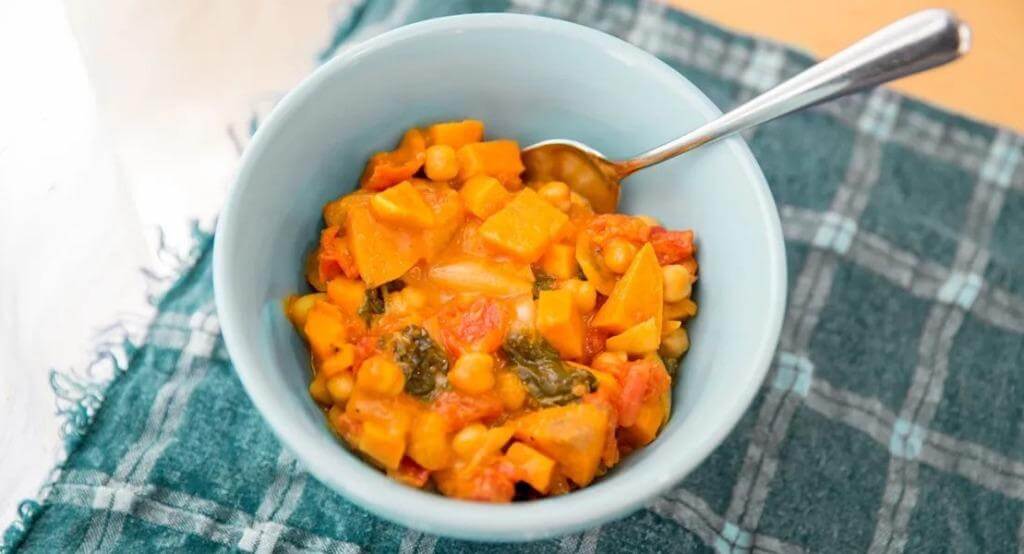 Low-Sodium Recipes – A low sodium diet can be easy and delicious if you know the recipes.
If you’ve been advised by a health professional to follow a low-sodium diet, you may have a hard time finding foods that aren’t too high in salt.

Most of the popular foods, that may include restaurant meals and other packaged foods, may be considered high in sodium.

Here are some of our favorite low sodium recipes, including vegetarian options, as well as some beef, chicken, and salmon dishes.

However, it’s easy to control the sodium content by rinsing canned beans before using them in recipes or by purchasing low-sodium or no-salt varieties.

Nuts and seeds are another category of plant foods that may contain added sodium. Look for low-sodium and no-salt options for these foods if you’re watching your sodium intake.

View More: 12 Ways to Get Water Out Of Your Ear

Salt imparts a pleasant flavor to food, but it also increases the sodium content. However, there are many delicious herbs and spices that add flavor without adding salt.

In particular, curry dishes are often full of flavor with spices rather than salt. While some versions can still be high in sodium, depending on the ingredients, this sweet potato and chickpea curry only contains 513 milligrams (mg) of sodium per serving.

If you’re using canned chickpeas for a recipe, look for low-sodium or no-salt varieties. You may also wash the chickpeas under running water in order to remove excess sodium. You might also consider using a low sodium vegetable broth instead of regular.

Soy sauce is a high-sodium ingredient that is commonly used in stir-fries and other Asian dishes. If you like this type of food, it’s hard to find a low sodium option.

This orange tofu recipe uses liquid aminos, a sauce that tastes similar to soy sauce and may contain just as much sodium.

For a low sodium option, you can substitute coconut aminos, a non-soy product that contains much less sodium than liquid aminos.

The other spices in the recipe (garlic, ginger, turmeric, orange juice, and chili flakes) provide a lot of flavor without the excess sodium.

Tacos made with beans and legumes are delicious plant-based foods, but many taco seasonings are high in sodium.

For a low sodium option, check out my lentil taco “beef” recipe. It is filled with the aroma of nuts, parsley, garlic, herbs, dried spices, and a pinch of salt.

Also, lentils are very nutritious. They provide fiber, protein and some micronutrients. In fact, lentils are one of the best vegetarian sources of iron, a mineral needed to carry oxygen in the blood.

Falafel is another plant-based dish with plenty of salt-free seasonings. But the sodium content varies depending on the ingredient.

These falafels, baked by The Foodie Physician, contain less than 500 mg of sodium per serving (about 3 falafels). Be sure to use low-sodium or no-salt chickpeas and rinse them before using.

The tahini yogurt sauce included in the recipe is also low in sodium, especially compared to many store-bought condiments.

If you are looking for a tasty vegetarian dish, chilis are a great option. However, like most soups, it can be loaded with sodium.

You can make chili peppers with low-sodium ingredients and no-salt seasonings to create a delicious dish that doesn’t contain a lot of sodium.

The pepper is a balanced and nutritious food. It is rich in vegetables that contain fiber, vitamins and minerals, as well as protein-rich nuts.

The vegetables commonly used in capsicum are rich in vitamin C, a water-soluble nutrient that supports skin health and immunity.

These meats contain some sodium, but most of the sodium in recipes that use them comes from added salt and other ingredients that contain salt.

A solution prepared with salt can also be used in meat processing.

When buying meat, look for low-sodium options. They are not always found easily, but some brands are widely available having it.

Also Smart Chicken, for example, does not use sodium-containing solutions in its processing.

Canned soups are often high in sodium. In fact, 1 cup of canned chicken noodle soup can contain over 700 mg of sodium. If you eat 2 cups, that means the sodium content is over 1400 mg.

If you love chicken noodle soup but watch your sodium intake, try this low-sodium version, which contains about 104 mg of sodium in 2 cups. It uses various aromatic herbs and sodium-free chicken broth.

Chicken breast is an excellent base for a low-sodium meal. It is rich in protein, which is important for maintaining and building muscle mass.

Butter Chicken is an Indian dish consisting of chicken breast cooked in a spicy tomato sauce. Infused with spices like garam masala, curry powder, garlic and ginger, it’s delicious and can be adapted to a low-sodium diet with the right ingredients.

Before preparing a dish, check the label of the curry powder and garam masala you are using to make sure it does not have added salt.

Lunch meat like turkey and ham are often high in sodium. Fortunately, you can make a homemade version that doesn’t have a lot of salt and still tastes good.

Follow the steps in this Homemade Turkey Recipe post to learn how to make low-sodium deli meat in your own kitchen. The secret is to use herbs and spices and add little or no salt.

Ground turkey is a good base for burgers. You can easily add a lot of flavor to your turkey burger with low-sodium or no-salt seasoning.

This healthy turkey burger recipe calls for garlic-onion powder, Worcestershire sauce, pepper, and a pinch of salt. Burgers are easy to make and can be baked or grilled.

Beef is rich in nutrients, but it is often cooked in unhealthy ways. For example, beef is used in dishes such as nachos, burgers, and stir-fries, which may contain ingredients high in sodium.

However, when cooked properly, beef can be an excellent base for low-sodium dishes.

Sloppy Joes are a classic food. The main ingredient is ground beef, which is rich in protein and contains iron for healthy blood, vitamin B12 for nervous system support, and zinc for immunity.

Sloppy Joes often include some high sodium ingredients. But with a few tweaks to the ingredients, you can make a low-sodium version that’s just as delicious.

Check out this recipe from the Kidney Dietitian to learn how to make it.

Meat and broccoli is a delicious combination. Not only is this dish rich in filling protein, but it’s also a great way to eat more healthy vegetables.

Broccoli and other cruciferous vegetables contain compounds that may have anti-cancer effects.

It can be difficult to cook beef and broccoli without adding sodium from soy sauce. This healthy version uses coconut amino acids as the base for a low-sodium sauce, with apple cider vinegar, sesame oil, ginger and honey for added flavor.

Salmon contains anti-inflammatory and heart-healthy proteins and omega-3 fatty acids. Including fish in low-sodium recipes is a great way to get more of this nutrient and cut back on salt.

All types of shellfish naturally contain some sodium, but the amount varies by species. Salmon has less sodium than shellfish and canned fish, making it one of the best low-sodium options. Cod, halibut, and catfish are other types of fish that are low in sodium.

12. Salmon With Dijon Mustard And Walnuts

Salmon with walnuts is a very nutritious and sodium-free meal. Also, both walnuts and salmon contain omega-3 fats. Eating these foods has been linked to better heart health.

With the help of dill, lemon and Dijon mustard, salmon in a walnut crust turns out to be very tasty. Get the full recipe here.

This salmon soup recipe from The Mediterranean Dish features lots of vegetables, no-salt seasonings, and a low-sodium broth. Each serving contains more than 200 mg of sodium.

Store-bought condiments and sauces can be high in sodium. For example, tomato sauce, spaghetti sauce, salsa, hot sauce, salad dressing, and barbecue sauce may contain more sodium than you think.

While it may seem daunting to create a DIY version of this useful item, it’s not difficult to do. Consider making them in bulk so you always have a low sodium version of what you need.

If you like ketchup but watch your sodium intake, you can try making a homemade version with spices and other seasonings without salt.

A spice blend of shallots and garlic powder, celery seed, cinnamon, cloves, and allspice give this low-sodium ketchup a ton of flavor.

To reduce sodium, be sure to use unsalted ketchup and tomato paste as the recipe suggests.

Making your own spaghetti sauce allows you to control the ingredients and avoid store-bought, high-sodium versions.

Homemade spaghetti sauce is not only low in sodium, but it’s also rich in nutrients like lycopene, an antioxidant in tomatoes that may help prevent heart disease.

Many good low sodium spaghetti sauce recipes are available online, including this one from Being Nutritious and this variation from Recipe Diaries.

Salads made with fresh vegetables and other plant-based foods are an excellent choice for a low-sodium diet, since many salad ingredients are naturally low in sodium. But using store-bought salad dressing can add more sodium than you might think.

Instead, you can make a homemade no-salt dressing so you don’t go overboard with sodium when eating your salad. In this white balsamic vinegar recipe, the vinegar, dried herbs, and lemon juice add flavor.

While sodium itself is not harmful, some people need to be mindful of how much they eat to help manage or prevent a health condition.

Sodium is an essential mineral and plays many important roles in the body. It acts as an electrolyte and helps maintain nerve impulses, fluid balance, and muscle movement.

Everyone should get some sodium from food to stay healthy. However, consuming too much sodium can lead to health problems such as high blood pressure, heart disease, kidney disease, and liver disease.

The American Heart Association recommends that adults eat no more than 2,300 mg of sodium a day. For people with high blood pressure, sodium intake should be less than 1,500 mg per day.

Salt is considered as the main source of sodium in our diet. Some foods, such as celery, beets, and shellfish, naturally contain sodium.

However, the vast majority of sodium consumed by humans comes from salt added to food. That’s why cooking meals like the ones in this article with minimal ingredients or no salt can be an effective way to reduce your sodium intake.

According to the American Heart Association, low-sodium foods contain 140 mg or less of sodium per serving.

Around 500 mg or less of sodium per serving is generally considered low sodium for a complete meal, although there is no official definition.

Following a low-sodium diet can be difficult at first, especially since many popular foods are high in sodium. However, it can be easy and delicious when you know what recipes to cook.

You can try one of the recipes on this list to make nutritious, low-sodium meals at home. Whether you prefer a vegetarian option, a meat or salmon meal, or a low sodium seasoning for many dishes, there is something for everyone.