Ibuprofen Vs Naproxen – What’s Difference And Which Is Better 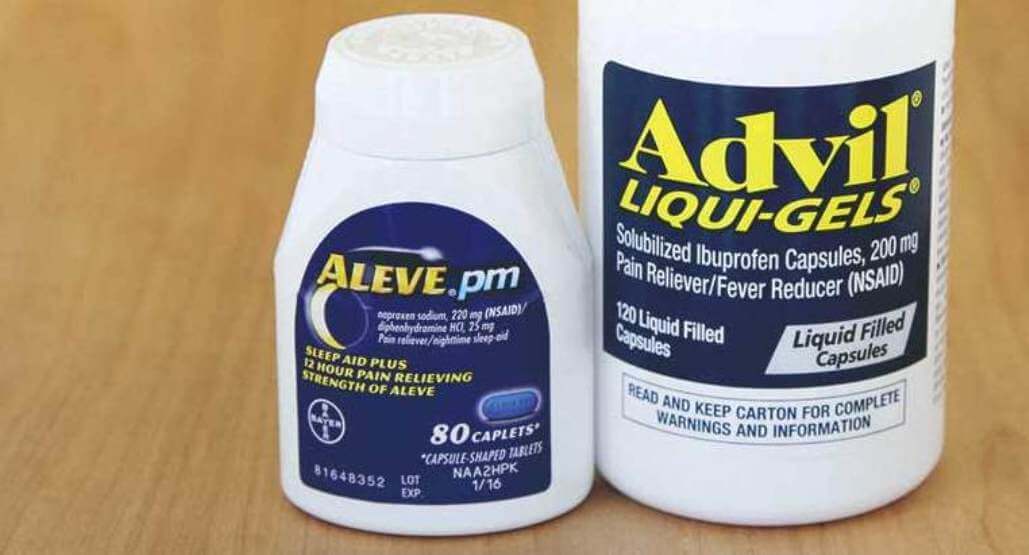 Ibuprofen Vs Naproxen – Ibuprofen and naproxen are non-steroidal anti-inflammatory drugs (NSAIDs). You may recognize them from their most popular brands: Advil (ibuprofen) and Aleve (naproxen).

These drugs are similar in many ways, so you may wonder if it really matters which one you choose. Check out this comparison to better understand what might be best for you.

What do ibuprofen and naproxen do?

Both drugs work by temporarily stopping your body from producing substances called prostaglandins. Prostaglandins promote inflammation, which can cause pain and fever.

By blocking prostaglandins, ibuprofen and naproxen treat minor pain from:

They also lower the temperature temporarily.

View More: How to Get Rid of Skinny Fat – Causes, Risks And Treatment

Although ibuprofen and naproxen are considered as very similar to each other but actually they are not exactly the same. For example, pain relief with ibuprofen does not last as long as with naproxen.

This means you don’t need to take naproxen as often as you take ibuprofen. These differences may make naproxen a better choice for chronic pain management.

The following table describes these and other characteristics of these two drugs:

Because ibuprofen and naproxen are both NSAIDs, they have similar side effects. However, the risk of heart and blood pressure-related side effects is higher with ibuprofen.

The table below lists examples of side effects of these medications: 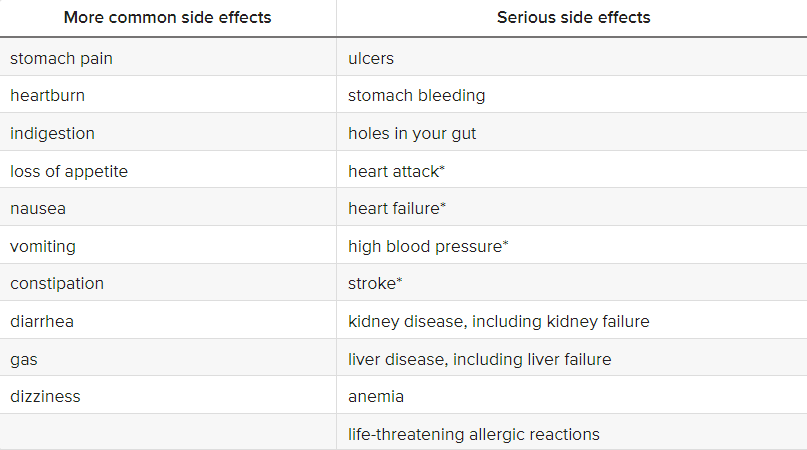 Do not take more than the recommended dose of each drug, and do not take any drug for more than 10 days. This increases the risk of side effects related to the heart and blood pressure.

Smoking cigarettes or drinking more than three alcoholic drinks a day also increases the risk of side effects.

If you experience any side effects of ibuprofen or naproxen, or if you think you have taken too much, contact your doctor immediately.

Interactions are unwanted and sometimes harmful effects of taking two or more drugs at the same time.

The interaction of naproxen and ibuprofen should be considered, and naproxen interacts with more drugs than ibuprofen.

Ibuprofen and naproxen may interact with the following medications:

In addition, naproxen may also interact with the following medications:

Use with other conditions

Certain conditions may also affect that how ibuprofen and naproxen work in the body. Do not use any of these medicines without your doctor’s permission if you have or have ever had any of the following conditions:

Ibuprofen Vs Naproxen – Ibuprofen and naproxen are very similar, but some differences between the two may make them a better choice for you.

Some key differences include:

However, there are steps you can take to reduce the risk of serious side effects, such as using the lowest dose for the shortest amount of time.

As always, check with your doctor if you have any questions about using any of these medications.