Foods That Trigger Migraine Attacks – 7 Foods You Should Avoid 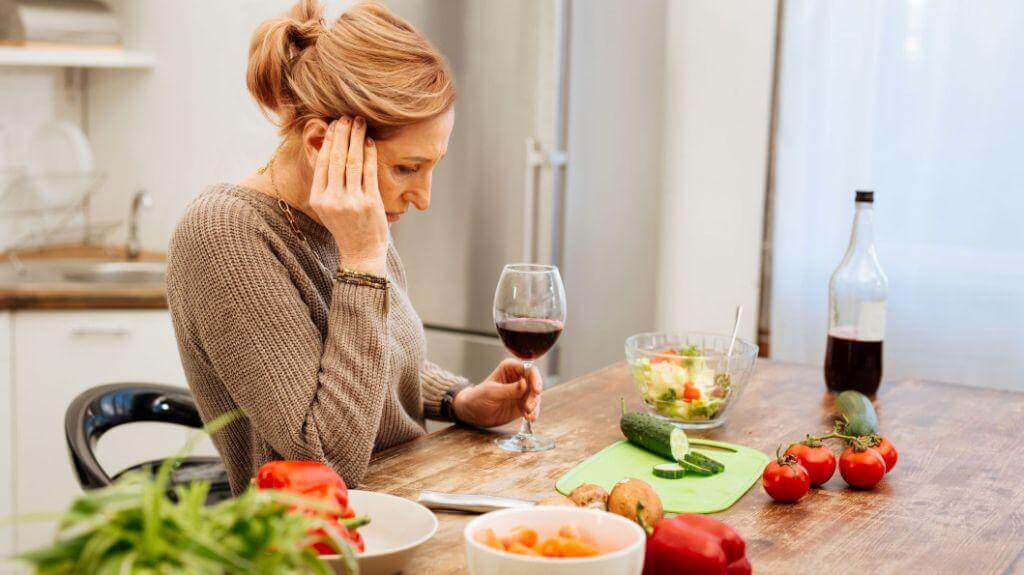 Foods That Trigger Migraine – Migraine is the mother of all headaches! Sounds terrible, doesn’t it? The glass of alcohol you drink, the dry or aged cheese in the fridge, the chocolate you got for your birthday, causing migraines.

It’s just an afterthought. Want to know more about the foods that play a role in causing migraines? Keep reading.

We’ve compiled a list of common migraine triggers, but there are a few things you should be aware of before removing all migraine-causing foods from your diet.

“Skipping meals or fasting may be a leading cause of migraine headaches in women,” said the American Migraine Foundation.

What is a migraine?

This is a neurological disorder that causes intense pounding, throbbing headaches, usually on one side of the head.

According to the National Institute of Neurological Disorders and Stroke, “The main symptoms of migraine are fatigue, nausea, and sensitivity to sound and light.”

A 2021 study published in the journal Headache and Pain states that “it’s not just a headache you feel. A migraine comes with a host of painful symptoms that can disrupt your entire day.

Migraine-related disability is one of the leading causes of loss of daily activities and productivity.

Delicacy: Migraines are three times more common in women than in men and affect more than 20% of people worldwide.

Scientists are trying to find more theories about what causes migraines. They identified several causes that can trigger migraines in people. These could be:

Treating migraine symptoms early and adopting preventive strategies are important to control the pain before it gets worse.

7 Foods That Trigger Migraine Attacks You Should Avoid

While it is difficult to completely eliminate these foods from our diet, we can always try.

In a 2016 study, about 10% of people found that drinking alcohol regularly/constantly triggered their migraines, while about a third thought it acted as a trigger at least occasionally.

Other studies show that alcoholic beverages contain some phenolic compounds, which are by-products of alcoholic fermentation. These compounds are known as congeners. Congeners are believed to cause migraine attacks.

Attention: Dehydration is the most common cause of migraines, and alcohol is a diuretic that causes the body to excrete fluids in the urine faster than normal.

Is there a difference between a migraine and an alcohol headache?

An alcohol-induced migraine is often accompanied by other symptoms, especially nausea or extreme fatigue in the body. It can be set a few hours after drinking alcohol.

According to the study, “participants who drank 200 milliliters of red wine experienced migraines for 30 minutes to 3 hours.”

And you don’t have to drink a full glass of alcohol to get migraines. For some people, migraines can occur after just a few sips of alcohol. It all depends on your sensitivity to alcohol and whether you are prone to migraines.

Try to keep a diary that contains all the information about your migraine attacks. You can help in many ways like;

Notice: If alcohol gives you a migraine, it’s best not to drink it. However, if a small amount of alcohol doesn’t seem to trigger any attacks, you should keep your intake to a minimum to prevent migraines.

Hey, that delicious candy bar you keep in the fridge could be causing your migraines.

According to studies, increased consumption of chocolate can trigger migraines. Since eating chocolate increases the level of serotonin in the body, which can cause migraine symptoms.

Cocoa is also suggested to play a role in releasing excess amounts of serotonin, which can exacerbate the severity of migraines.

Do you know that after alcohol, chocolate is considered the second most common migraine trigger? According to research, beta-phenylethylamine is present in chocolate and is responsible for triggering migraine symptoms.

The human gut microbiome converts chocolate nitrates into nitric oxide. Researchers at the University of California analyzed 180 oral samples and 1,997 stool samples. The results showed that people with migraines had higher levels of gut microbes that could metabolize nitrates.

Therefore, chocolate remains on the list of strong migraine triggers and those who have experienced migraine attacks should stop eating chocolate based on the type of migraine they are experiencing.

On the other hand, dark chocolate also helps with migraines. It is rich in magnesium, which is also known as a calming mineral. Relief for migraine sufferers!

Imagine a slice of pizza without cheese. Ah, life is sometimes unfair. Aged cheese has been reported to be one of the foods that can trigger migraines.

Aged cheese contains a compound called tyramine, which can trigger migraines by interacting with neurotransmitters in the body, according to the Women’s Health Authority.

Aspartame is one of the most systematically studied substances in the human diet, according to the FDA, and is an artificial sweetener that has been shown to be safe in more than 200 studies.

According to the study, data shows that aspartame, which is used to sweeten thousands of foods, can cause headaches and migraine symptoms in a small number of people.

Studies have shown that aspartame blocks serotonin and dopamine in the brain.

Since medications that increase dopamine levels in the brain have been shown to be effective in reducing mild to severe headaches. It makes sense that aspartame consumption could reduce or completely eliminate dopamine levels and contribute to a more likely to experience migraines in the future.

Are you having burgers for dinner tonight?

Unfortunately, you can have any other item on the menu because, according to the American Migraine Foundation, processed meat is considered a migraine-inducing food.

Nitrates and nitrites are found in many canned and processed meats, such as hot dogs, ham, and bacon. Once in the vascular system, it can cause blood vessels to swell and cause migraine symptoms.

Juicy, sour citrus pieces can trigger migraines in some people.

A 2016 study published in the journal found that citrus fruits were the leading cause of migraines with aura, but did not cause migraines without aura.

Citrus fruits contain higher levels of acid, which can cause migraines. Fresh fruits such as pineapple, raspberries, kiwi, and ripe bananas can also trigger migraines.

According to one study, octopamine is another important compound found in citrus fruits that causes migraine symptoms.

Important: If you like oranges or lemons, try to consume them in moderation and write down your reactions in a migraine diary. If you experience a migraine within hours or days of eating citrus fruits, you should eliminate them from your diet immediately.

A 2014 study in the Journal of Headache and Pain found that vegans experienced less pain on a plant-based diet compared to an animal-based diet.

In some studies, scientists noticed that people lost weight when they ate a plant-based diet during the study period.

In addition, according to a 2020 study, people who are used to an animal diet are more prone to body and abdominal obesity. This shows that the frequency of migraine symptoms is higher in obese people.